Steganography is the art and science of hiding information in something that looks normal. Generally, messages will appear to be something else: images, articles, shopping lists, etc.

Hackers often hide malicious code inside other, benign software — and program it to jump out when you aren't expecting it. Hackers are increasingly using this technique to trick internet users and smuggle malicious payloads past security scanners and firewalls. Unlike cryptography, which works to obscure content so it can't be understood, steganography's goal is to hide the fact that content exists at all by embedding it in something else. Steganography is increasing being used in malvertising, phishing, malware distribution, and exploit kits. For example, financial institutions are increasingly dealing with unauthorized data exfiltration attempts in which a bad actor smuggles data like credit card numbers out past the organization’s scanners by masking the information in unremarkable files. 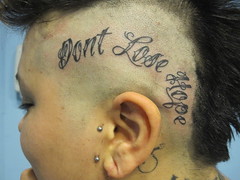 The ancient Greek leader Histiaeus used steganography in 440 BCE. He shaved a trusted slave’s head, tattooed a secret message on his scalp, let his hair grow in, and then sent him off to be shaved again by the message’s recipient. Spies in the Revolutionary War wrote in invisible ink and Leonardo Da Vinci embedded secret meaning in paintings.

There are three basic ways: injection, substitution, and generation.

How to use Steganography

There are many tools to create hidden messages. Try these online ones:

These are useful resources to learn more about steganography. http://hackersonlineclub.com/steganography/